First and foremost – the future capital of Andhra Pradesh is a whole new city with an ancient past, being designed with world class standards in mind. That by itself is reason enough! Amaravati promises a new future to a state that was left without a capital after its separation from Telangana. And it holds an equally promising future for those who plan to make it their home, no matter which part of the world they are from. Here are five reasons that make Amaravati much sought-after, and a good investment idea.

On the shortlist for India’s smart city project, Amaravati is all set to boast a city plan reminiscent of the famous Trafalgar square and the Duke of York square. It is being constructed with expert help from Japan and Singapore. It is supposed to have waterways in addition to roadways to improve transportation and connectivity, which is very important in the real estate sphere. Most residents look for ease of commute when they buy properties.

Let’s admit it: though all of us want to live in luxurious cities, we also need the peace and healthy environment that nature brings. And it is also the need of the hour, in today’s state of climate crisis. Amaravati is going to be 51% green and 10% blue, according to the Capital Region Development Authority. The aim is to keep it high on the Citizen Happiness Index. There will be extensive walkways and cycling tracks to promote non-motor transportation. Now who wouldn’t want to live in a ‘happy city’! It is indeed a major attraction for real estate investors.

Its location between Vijayawada and Guntur allows it to benefit from the advantages of both these places. The business hubs and start-ups of Vijayawada and the educational zones of Guntur will lend their demand and client base to Amaravati as well, making it a good investment opportunity.

Amaravati is going to have world class health hubs, business hubs, and educational zones. The aim is to provide healthcare at affordable rates, and build an integrated facility that combines a university, a teaching hospital, research and development centre, etc. In the education sector, institutions like AIMS, SRM University, National Institute of Design, National Institute of Fashion Technology, Amity University, etc. are all set to come up here. A premier business school has been proposed along the lines of ISB, which is going to materialise under the guidance of world class institutes like the London School of Economics, National University of Singapore, University of Birmingham, etc. With all these facilities in mind, any citizen would be tempted to invest right away in this wonder city.

The land for Amaravati was procured by convincing land owners to pool in their lands and farmlands, in exchange for monetary benefits as well as a stake in owning the plots once development begins. Thus, they also won the people’s support. The ‘Happy Nest’ project was flagged off with a puja and is supposed to be finished in a couple of years. The housing plans seem to aim for good quality and spans 14.46 acres of land, with around 1200 flats already up for sale. The prices are at around 3500 INR per square foot. This shows that the real estate business is all set to boom, and investment is indeed a good option.

Now is the time to put in hard-earned money and make a profit as prices are surely going to skyrocket as development begins. Being the future capital of Andhra Pradesh, Amaravati is going to be the centre of all business and commerce, which will only increase its appeal. We at Aparna Constructions have already recognised the potential of this place and have taken a step towards it with Aparna Amaravati One, a gated community located on the Vijayawada-Guntur Highway. 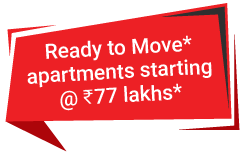 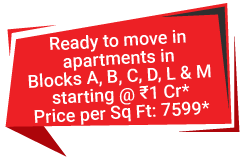